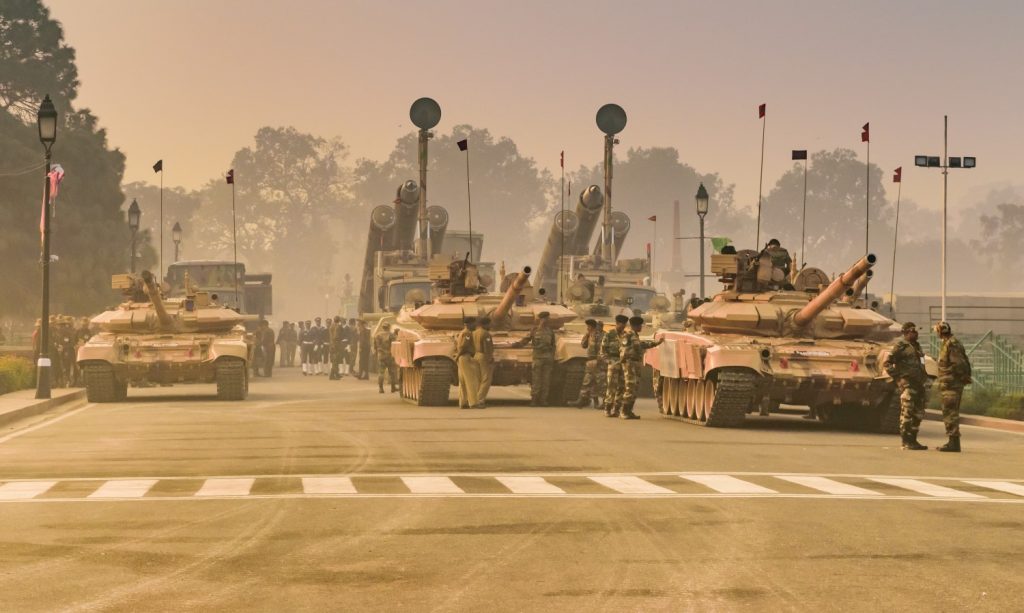 The Make In India initiative of the Government has over the last 3 years actively percolated into various Ministries, including the Ministry of Defence (MoD). The MoD through the 2018 amendment of the Defence Procurement Manual opened its gates to goods manufactured by Startups as recognised by the Department of Industrial Policy and Promotion (DIPP). This amendment comes to light after a realisation of the growing need to keep pace with technology and innovation and technological advancement the potential of Startups that could be integral to the continuous advancement program of the Defence Forces.

(i) The Defence Innovation Fund
As a step further towards recognizing Startups in the defence procurement and production arena, the MoD established the Defence Innovation Fund (DIF), which is responsible for creating and fostering innovation and technological advancement in defence and aerospace by engaging industries including MSMEs, Startups, individual innovators, R&D institutes and academia. The DIF will also provide grants/funding and other support to carry out R&D development, which has the potential for future adoption in Indian defence and aerospace needs. The DIF is managed by a Section 8 company called the Defence Innovation Organisation (DIO) incorporated by two Defence Public Sector Undertakings, namely Hindustan Aeronautics Limited and Bharat Electronics Limited.

(ii) The 11 Defence Innovation Challenges for Startups
The innovations for Defence Excellence (iDEX) – the executive arm of DIO was launched earlier this the year with the purpose of building an ecosystem of innovation and entrepreneurship in India for the defence sector. On 5th August 2018, MoD announced The Defence India Startup Challenge as a joint partnership of the DIO and Atal Innovation Mission inviting Startups, Micro, Small and Medium Enterprises (“MSMEs”) and individuals to provide prototypes and solutions to 11 requirements of the Indian Defence Forces. These 11 requirements also known as 11 challenges have been kept open-ended so as to provide room for innovation and out of box solutions. The Startup Challenges were announced with a vision to create functional prototypes relevant for national security; blend innovation with the Defence procurement and production process; and lastly to find markets and early customers for new in-depth products in the context of Indian
Defence Sector. The 11 challenges are:

Applicants selected by the high-powered selection committee would be awarded grants up to Rs. 1.5 crores in the form of equity/debt/other relevant structures. The Atal Innovation Mission is a Government of India flagship initiative for the promotion of innovation and entrepreneurship in the country. The shortlisted Startups will also be provided incubation facilities through the Atal Innovation Mission’s incubation labs.

(iii) The Valleys of Death
The MoD has analysed the existing Startup ecosystem and its problems. The analysis has assisted the MoD to recognise the key problem, i.e availability of funds to carry out essential operations. The Startup Challenge refers to this problem as the Valleys of Death (as indicated in the figure below.) According to the analogy, Startups face critical financial impediments not only during the initial development stages but is a continuing problem through its growth stages. The Startup Challenge aims to address this problem and encourage Startups to start considering the Indian Defence sector as a viable market for the latest innovative products and technologies. The framework indicated in the figure above not only aims to create interest and opportunity for angel investors, venture capitalists and private equity players to invest in Startups working in the defence sector but also portray them as essential players in the Defence Sector and Startup relationship.

(Valley of Death representation is available in the About us section of http://aim.gov.in/idex/)

We hope this trend continues and Startups contribute to play a much larger role in our defence industry.

For any queries or comments, do reach out to us