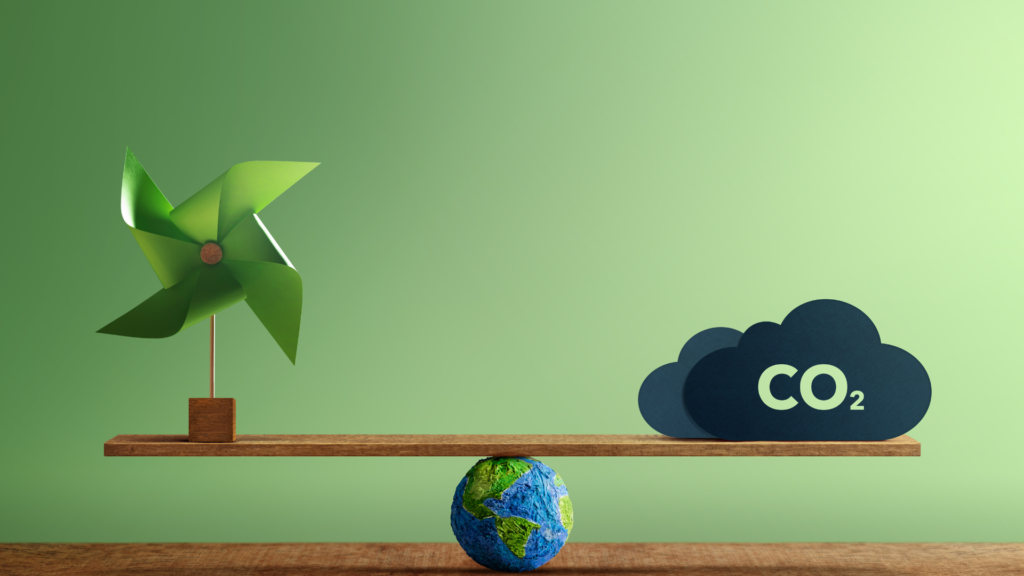 Greenhouse Gases (“GHGs”) emissions as a result of human activity have had a most catastrophic impact on climate change and global warming since the mid – 20th century.[1] As per an analysis conducted by the International Energy Agency (“IEA”), carbon dioxide emissions rose by 6% in 2021 to 36.3 billion tonnes, marking the highest peak point, as the world economy rebounded from the Covid-19 crisis.[2]

Countries worldwide have been discussing ways to combat climate change since the early 1990s.[3] These discussions have led to the implementation of various important accords, including the Kyoto Protocol and the Paris Agreement. One of the major concerns faced by several countries, more specifically developing countries, while committing to sustainability goals is the impact it might have on their overall economy owing to the adoption of expensive cleaner technologies in every industry. To address this problem, both Kyoto Protocol and Paris Agreement developed and regulated the concept of carbon pricing.

Carbon pricing is an increasingly popular mechanism that captures the external costs of emitting carbon. It effectively shifts the responsibility of paying for the destruction of the environment from the public to the GHG emitters. This gives emitters the option of either reducing their emissions or continue emitting by paying for their emissions. It creates a price signal that reduces or regulates GHG emissions and at the same time provides a strong financial case for shifting investments away from high-emission fossil-fuels based technology towards cleaner technology.[4]

For carbon pricing to work successfully, the emissions are reduced to a measurable unit that can be tradeable. Carbon credits are such measurable and verifiable emission reductions from certified climate action projects. A carbon credit is a tradable permit or a certificate that provides the holder of the credit, the right to emit one ton of carbon dioxide or an equivalent of another GHG, acting as an offset for producers of GHGs.

Kyoto Protocol was extended until December 2020 through Doha Amendment and has not been extended further. While Kyoto Protocol was never withdrawn, Paris Agreement in effect has superseded the Kyoto Protocol as the principal regulatory instrument. At COP 26, it was notified that the CDM would cease in relation to emission reductions occurring after 31 December 2020. No further registration of projects or renewal of crediting periods for CDM projects or further CERs can take place under the CDM for emission reductions after such date. Instead, those requests will need to be made under Article 6.4 of the Paris Agreement which provides for a new international carbon market mechanism to contribute to the mitigation of GHG emissions and support sustainable development. CDM projects that transition to the mechanism under Article 6.4 will be deregistered from the CDM with effect from the date of the transition. There are temporary measures in place to allow the CDM Executive Board to take certain decisions until the transition can take place.[7]

A carbon market is a trading system where you can buy and sell carbon credits and make the reduction in emissions a tradable asset. There are two types of carbon markets as given below:

(a) Certified Emission Reductions (“CERs“): Carbon credits resulting from emission reduction projects pursuant to the CDM under Kyoto Protocol are referred to as CERs.

(b) Verified Emission Reduction (“VERs“): Carbon credits resulting from emission reduction projects that have attained voluntary third-party approval but have not been certified by official UN-backed offsetting schemes such as the CDM are referred to as VERs. Developers of projects can apply to private entities, called standards (for example, Gold Standard, VERRA, etc.), to certify their project and prove the amount of carbon emissions avoided, decreased, or removed.

While there are various energy saving schemes like the “Perform Achieve Trade” scheme (“PAT Scheme”) and “Renewable Energy Saving Certificates” scheme (“REC Scheme”) that govern the trade of energy savings by some of the designated entities, there is no established regulatory framework for the domestic carbon market in India. Both PAT scheme and REC scheme work on similar principles of energy savings.

Under REC Scheme, the aim is to promote renewable energy and facilitate the compliance of renewable purchase obligations (“RPO”) (A mechanism under the Electricity Act, 2003 according to which the obligated entities have to purchase a certain percentage of electricity from renewable energy sources, as a percentage of the total consumption of electricity). Renewable Energy Certificates (“RECs”) are regulated by the Central Electricity Regulatory Commission (Terms and Conditions for Renewable Energy Certificates for Renewable Energy Generation) Regulations, 2022. The eligible entities as per these regulations are issued RECs which can be traded on energy exchanges or through electricity traders and purchased by obligated entities to meet their RPO compliance.

The Indian government has recently taken the following steps towards the introduction of a domestic carbon market:

As per India’s updated NDC under the Paris Agreement, it now stands committed to reducing the emissions intensity of its GDP by 45 percent by 2030, from the 2005 level and achieving about 50 percent cumulative electric power installed capacity from non-fossil fuel-based energy resources by 2030.[10]

While India has taken a step forward in building its carbon market, there is a need for setting up a regulatory framework and issuing policy guidelines that provide clear mandates on emission reductions. There are multiple gaps that need to be addressed, including timelines for implementation, the nature of the registered entities, how the credits will be generated and certified, and what agencies will be involved.

Carbon markets will open up new horizons for businesses involved in developing, consulting, and trading carbon credits and can be highly beneficial for developing nations like India as it will make sure that economic activities are carried out while taking carbon-related targets into consideration.

Watch out for curve balls!

Please reach out to Mathew Chacko, Praveen Raju, and Janhavi Joshi for queries.

PrevPreviousPillow Fund raises Series A funding of USD18.1million from a club of investors!
NextGig Workers and Competition Law in IndiaNext